I drink a lot. Not so much I’m worried about becoming, or am already, an alcoholic. If that is the case, I prefer, drunk, or lush.

I’ve ​lost the booze since February 1, for a vitally important cause: raising ​$$$ for Cancer Research. It's my small part in the fight against a merciless evil which attack all of us in one way or another, ourselves, loved ones or friends, at some time in life. I thought it would be hard putting down the pint glass. It wasn’t. I found a 3-day juice fast harder. 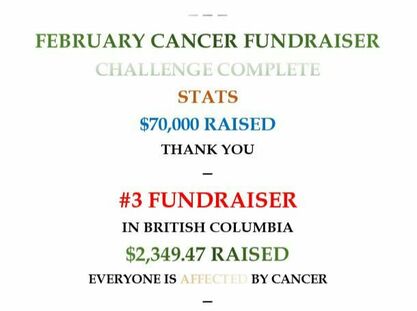 What was the hardest part of the challenge, you ask?

Let me expand on my thoughts. By condescending, I mean: “friends” immersed in their own marginality they couldn’t take off their fucking fog-and-booze-infused glasses to acknowledge fundraising isn’t about self. It isn’t about accomplishment, in this case, not drinking for a month. Fundraisers aren’t searching for praise. These friends were too stunned to realise the Cancer Foundation looks for creative ways for people to get involved, helping them to reduce administrative costs—and by recruiting people to help by “losing the booze” goes a long way to fight back—a benefit to all of us.

“CONGRATULATIONS” RC says to me sporting an excrement-eating grin, reeking of insincerity.

“Hey, RC, why are you congratulating me? This is not about me in any way (you didn’t donate, jerk).

“I’m congratulating you for not drinking for a month. That’s an accomplishment.”

“Wow, RC, you are congratulating me for not drinking,” I fought back an urge to scream: ASSHOLE.

“Pregnant women give up drinking for at least 10-months. And, besides, this fundraiser had nothing to do with not drinking. It wouldn’t matter if I, or anyone else who participated, drank. It was about giving something back, kind of in the shadows. Without the likes of you, judging; or flexing your prickish sense of superiority.”

RC knew about the fundraiser: He never donated.

Oh, the second hardest part, which in all reality is turned out to be the hardest: I found out friends, I thought were friends, weren’t. Perhaps, I will share more later. In the meantime, want to grab a—actually—I’ve lost my desire to--

In fact, I consumed so often over the last month, two, three, four—year, I’m nary of a day when I haven’t sloshed back liquids.

I used to stop at four-pints, now, I’m like a man entering retirement sitting on the ocean in my rowboat, self-medicating, as my spectral significant-other laments on our houses/condominium’s porch.

“I’m worried; he started drinking only a couple of beer a day. He’s now up to twelve. I don’t know what to do?”

Slow down, is the answer.

Why am I drinking so much?

Maybe, I should have never given the sub-title of Greg and my first book:​ (HOW NOT TO BECOME A BAR REGULAR) 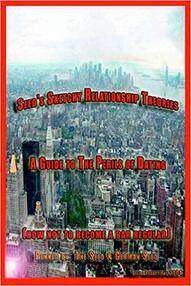 Life dishes you only what you can handle.

Flip the switch to off.

“Fuzzy I love you.” She purrs, wags her tail once, barely.

Why have I been dessert-hallucination inducing thirsty?


The years have been clicking by. Habits have formed. I blink. A routine becomes, routine. The reason escapes me. The desire to quash my thirst comes and goes with each sip. I don’t want to stop sipping. I continue.

I retrace my steps with a dear friend from Japan, Toru. The outcome of my retracing: I drink on almost every day. Unless my reminiscing has failed me: approximately 9-days per year, give or take a day, have slipped by adult beverage free—from 2009-2012…to date (it’s now 2019).

Is it a problem?

Honesty, screams: fiscally. (for reading sake—I’m back in 2012). Sickness isn’t on the horizon, I don’t think.

Is this a weird starting point for my thoughts on a restaurant?

Save me a table Red Wagon, I will be there shortly!

Food is time for storytelling.

It’s raining outside. I’m driving westbound on Hastings Street. Hastings Street is not aesthetically pleasing. A toy store catches my eye. The stores signage looks as if it had been slapped together by a child. Smart kid, it caught my non-blind eye.

I drove past later that day, Friday afternoon. Could it be a hardware store?

The first version of this story, sucked.

Saturday rises from the dribble slipping out of the corner of my mouth. I meet up with my friend Jay.
​
At the time of this writing Jay has shipped off to Korea and is serving two-years mandatory service. He was assigned to protect the FREE WORLD from the soft-and-cuddly leader of the reclusive, totalitarian, communist (?) nation of North Korea. Don’t worry, he’s packing.

{more stories}
CLICK BELOW TO ViSiT MY WRITING SITE